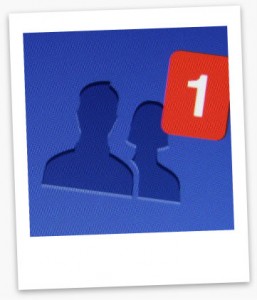 2010! ‘Twas a great year for us here at COINAGE because for 365 and a quarter days, while you were busy with – well, that which you were busy with – we conducted a social experiment that was rather ambitious yet very risky – trust me when I say risky. BUT, if we didn’t do it , then someone else would have done it and we bet you 250 Spanish pesetas (if you can find any these days) someone’s already doing it! So, here goes… *drum roll*

Facebook – you’re probably been there at least once today – is one of the biggest social networks of our time,  with millions and millions of users worldwide.  It has become a powerful marketing tool and with people spending most of their time on it, we couldn’t resist…

AIM:  just how social “social networks”  and how easy it is to make “friends”.

MONTH 2: Invitations to parties and events.
“friend” count: 150 on FP1 (excluding the 11 other fake profiles)

MONTH 3: by now we hardly sent friend requests. People randomly invited us because “ we played chess at Marie’s” or “ We partied at Sam’s parent’s house then hit town, you were wearing a grey and pink dress-top thing” or “we made out, you took my number, I found you on Facebook!” Our motto was: JUST SAY YES
“friend” count: 437 on FP1 (excluding the 11 other fake profiles)

MONTH  4: more and more friend requests received than sent. Party invitations rolled in (Try was found saying “My fake profile is cooler than my real one”). We hardly ever showed up, obviously, and when asked ‘where the HELL where you?” a vague answer about business, family or medical conditions sufficed; all these excuses worked for everything including missing cocktails and coffee. Someone even proclaimed their love for FP1 no matter how many times we stood them up, claimed they knew FP1 from w-a-y back at some tertiary institution and that they knew where FP1 lived and which restaurant FP1 loved ordering from.
“friend” count: 577 on FP1 (excluding the 11 other fake profiles)

MONTHS 5 – 12 : pretty much the same. Masters of the social network game. They empathized when we updated about death, break-ups, ailments and being broke. We were loved for our wit and crass – boy! Were we crass! Account deactivated 31/12/2010. *Coin did a whoopsy once when she logged in as herself and posted about deactivating her account, for those who believed her, that post was meant for FP1 but I reckon she covered her tracks well- Ava*
“friend” count: 759 who will sorely miss us as FP1 is now in a remote part of the world.

– Everyone on social networks is always in a good mood!

– The “LIKE” button: people “liking” their own posts? It’s redundant. The fact the you’ve posted it should mean you already like it And what’s up with “liking” morbid updates like: “My gran died, I’m so sad” 2 people like this… did they hate your gran? Are these people seriously revelling in your misery?
– Social network “friends” aren’t friends at all… Twitter hit it on the nail when they called them “followers” Seriously, only 11 people cared about FP1 (guess which 11) and so with a real account it could also be less than 20. So, don’t blame people for having standard birthday messages or some over-do the birthday greetings! Real friends will call or text – at least, Facebook is a  forum where people try to out-do each other without knowing it.

– Do people actually know all those “friends”? Looks more like friend hoarding! A day didn’t pass without us seeing Daisy Duke or Thomas Atkinson is now friends with James Bond and 55 other people! Are you serious?

– A less detailed profile is safer. We had access to over 1000 people’s information (this is including the other 11 fake profiles) We could pin-point their location. We even knew how their digestive systems worked and their menstrual cycles thanks to updates such as “ At Tony’s Grill in Cape Town having the rump with baked potato and onion rings” or “Third time today I go to the loo, nothing’s coming out *worried*” and even “Had trouble getting the tampon in this morning, now stuck with a pad – feel like wearing a nappy all over”

Perhaps our findings are inaccurate because the profile was fake but I still find the same things happening with my Facebook account and I ask myself “why are we friends again?” then I conduct my bi-annual friend shed.

Happy social networking and enjoy the new-found social network philosophies like “explaining why I love you is like describing what water tastes like”. We’re just glad that we don’t have to be three other people anymore (“,)