#Coinage is a writing portal dedicated to the writers who have yet to be read. The tag-line “words, life, books” encompasses all that there is to this platform from explorations of the subconscious through poetry and prose to anecdotes based on the experiences and observations of the post-democratic urbanite by numerous on-line contributors.

Apart from the on-line compositions, #Coinage is also running a book drive for various communities across South Africa and publishes a bi-annual literary magazine for new voices in South African literature.

We also promote books by featured contributors and host a range of workshops and seminars for emerging writers. 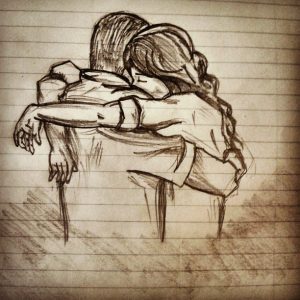 “You disappeared, ” her voice quivered. “You fucking disappeared and left me to deal with everything again.”

By everything she was referring to the fact that I left without a trace during a surprise birthday party she threw for me on the eve of our trip to Prague. See, the problem with recurrent depression – coupled a reputation for being compulsive – notably when you’re self-medicating and the meds are of the recreational kind, is that it creeps up on you at the worst time ever and soon enough you’re plummeting into an abysmal despair, emotionally overwhelmed and panicked, wondering about permanence, commitment and expectations after our bohemian getaway. The commitment part triggered things and I never really figured out why I was even entertaining these thoughts when the last thing I ever wanted was for it to end up blowing up in our faces like with my parents. So, I grabbed a bottle of whisky and started walking, first to Jack Friedman’s then somehow I ended up at a facility in Kenilworth and was released seven months later. By the time I was back in Jo’burg, I figured it was too late to say anything until I heard she would be attending Dev’s thing in Parkhurst – nothing like the post irony of ‘we last saw each other at a party, a year later we meet at one’.

“Then you rock up in Zee’s car to Dev’s party,” she continued. “I mean you don’t even like Dev for fuck’s sake! Let alone Amu,” she scoffed, “then you’re all giggly with that 12 year old but you scare off the only guy I’ve been really into since you.” She turned her back to me.

“You should have seen your face though, in the car? Composure’s always been your best quality, well until your episode last night.” I chuckled as I walked out onto the balcony.

“You deserve worse.” She killed the cigarette in a little china pot she kept in the corner and stood with her back to me, facing the view. A sliver of orange light broke the the blue-black horizon, I always cherished that moment just before dawn, I felt that I could be honest with myself. I stepped towards her and stroked her arm. She shivered.

“I mean don’t go now apologise if you’re going to keep doing the things you’re sorry for,” she was jaded. It was the longest time I had an episode – as she would say.

“I know,” I pulled her towards me and  wrapped my arms around her, she tried pushing away but I held tight. “But I’m here now.”

“Sometimes you have to grow apart to have new stories to learn, to share. That’s why I miss you exists.”

“But it’s still messed up, this… Last night.” She pulled out the embrace and moved to the weathered wicker chair that was once her grandmother’s. Magnet’s “Lay Lady Lay’ came on as I sat next to her.

“I’m really sorry though,” I started. What she had known as my affinity for compulsive activities and wayfaring was in fact a mask for the insufferable unipolar depression I had always been afraid of telling her all these years. I need that time to “get over [my] fucking self” as Amu had yelled when she and I got kicked out of the party because I cock-blocked her and she flipped, hard. She stormed over and told me how much she hated me, I laughed and told her that for her to hate me so much she just have loved me equally at one point, that’s when it turned into a scene.

Her eyes filled up as she listened to my concession. A tear rolled down her right cheek. I wiped it and she cupped my hand against her face then kissed my palm.”I don’t hate you.” She looked straight into my eyes and let out a soft sigh.

“I just hate what you put me through.” She leaned closer.