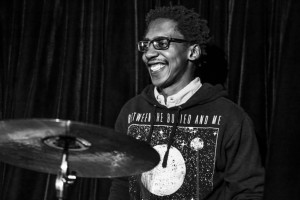 Mandisi is a drummer and composer, who moonlights as a writer. He currently resides in Cape Town, South Africa, and spends most of his time beating drums and jump-starting his career as a songwriter. While he is more focused on his music career, he remains incurably addicted to writing and, due to this affliction, Mandisi skulks off, from time to time, and writes until he has had his fix.

King Charlatan, his poem featured in The #Coinage book One, is a highly-charged commentary on the morally ambiguous political parties in South Africa. The titled is derived from a notable and favourite novel of Mandisi’s by China Miéville, King Rat.

Twitter, or Instagram, is the best way to keep up with Mandisi, however, one is likely to be bombarded with links to his music, band performances, esoteric music as well as random politically incorrect banter and strong anti-establishment sentiments *I like – Try*. Follow at own risk as Mandisi is not to be held liable for any brain damage incurred. He also takes zero responsibility if offended. Robyn-Jade Hosking was born in 1991 in Fish Hoek, a sleepy seaside suburb nestled in the Cape Peninsula, but spent most of her childhood and teenage years surrounded by the lush forests of Knysna after relocating to the Garden Route. She has since moved back to Cape Town and currently manages an art gallery in Muizenberg. She is studying Theory of Literature and Art History through Unisa.

Robyn-Jade has been writing poetry and songs since before she can remember, and has maintained a lifelong love affair with the English language. She has recently only started submitting her work to poetry competitions and publications. Her poetry explores a variety of themes including  human relationships, questions of identity and the mind’s capacity for escapism. Most of her more recent works focus on the relationship between self and surroundings. There is no revelation is a meditation on the relationship between sexuality and spirituality, reflecting that instances of enlightenment are not always explosive revelations, but can blossom gradually in the subtle moments of intimacy between lovers.

Poets that have inspired Robyn-Jade and influenced her work include T. S. Eliot, E. E. Cummings, Sylvia Plath and Peter Clarke. She is also greatly influenced by visual art and music and believes that all artistic disciplines go hand in hand. She is a compulsive lyricist and has collaborated with her sister singer-songwriter Maya-Rose Torrão on several songs, with more to come. She writes prose as well as poetry, and tries to find time to work on short stories between balancing work and studies. She also makes and sells collage earrings, paints and writes online book reviews to supplement her income.