Whoever said that nothing good nor contrustuve could come from a WhatsApp group clearly hasn’t been me for the past few days.

Were it not for our girl’s group, I truly would not have realised that yesterday was Valentine’s day, wasn’t it? 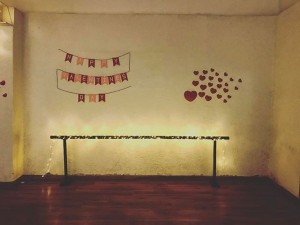 See, I happen to be dating a person who happens to be a valentinophobe. Valentine’s day is the zenith of his fear.

He made me look to the right, while he went left and had me thinking that perhaps I should pull an Eternal Sunshine – you know, wipe my memory? I was angry for a myriad of contrived reasons at the level of asininity that he exhibited; but then I figured that I should rather get to the bottom of his sudden angst.

It all started two days ago with an unexpected text message that read “WHY WOULD YOU SAY THAT?”, to which I responded with “where?” Of which the subsequent conversation was a passive-aggressive exchange about something that I did not say!

So, why are some people so afraid of Valentine’s day? Is it the expectations? Or is it a deeper fear or love? Maybe it’s just the commercial and material side to it that’s made people more unperturbed by the brouhaha behind this greeting card holiday. Whichever way, my boyfriend should have known that I was one of them and it would have saved us a lot of data.

Whichever way, waking up to messages that Valentine’s day plans were cut short because the big announcement was consolation enough for that little part of me that still wishes it could get a heart-shaped box of chocolates, just once.