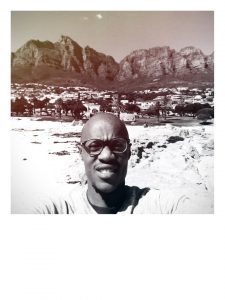 Thibedi Mokgokong is a poet who discovered writing through the strain of living in a house where “a child is seen but not heard.” Poetry was a way to express complex and suppressed emotions in a verbose but quiet manner. The weight in his poetry comes from words and expressions long kept but never spoke.

Thibedi found himself picking a degree to study post-matric haphazardly, merely going by what was then called an M-score. He was accepted into the University of Johannesburg to study a BA degree in Psychology in 2006 and went in to work in insurance.
His poem, “Lobola”, was published in The Coinage Book One.
Two of Thibedi’s works are featured in The Coinage Book Two. In his poem, “Made of Clay”, he explores a person’s ability to adapt to a changing society regardless of the conditions they face. While the short story, “Lighthouse” is rebellion against a corrupt government by non-political individuals and ramifications thereof.  It also highlights the dire indirect effects that the rebellion has on the relatives of such individuals, namely the children and spouse.
Most of Thibedi’s flash fiction and poetry is available to peruse here.